As visitors board a comfortable Jeep-drawn tram for the 55-minute tour of America's Ride-Thru Cave, they begin a journey back in time. People are very recent additions to this picture. Human history adds up to little more than a few ticks on the geologic clock by which caves count their age.

Located in the green Ozarks hills just north of Springfield, Missouri, it is America's Ride-Thru Cave.

Fantastic Caverns, just northwest of Springfield, MO, is one of more than 7,400 documented caves that dot the Missouri land­scape, and more are still being discovered. Of these, just 17 are open to visitors - and Fantastic Caverns is the only one to offer a completely all-riding cave experience. Propane-powered Jeep-drawn trams ferry visitors through the cave.

Riding wasn’t even an option back in 1867 when the first known explorers visited Fantastic Caverns. They were twelve women who, equipped with ropes and ladders, ventured inside to answer the landowner’s advertisement for cave explorers. With only flickering torches or lanterns for light, they surely saw only a hint of the cave's splendors as they groped their way along its dark and slippery passages. It is unlikely that anyone else had been there before them - the cave shows no signs of human habitation. 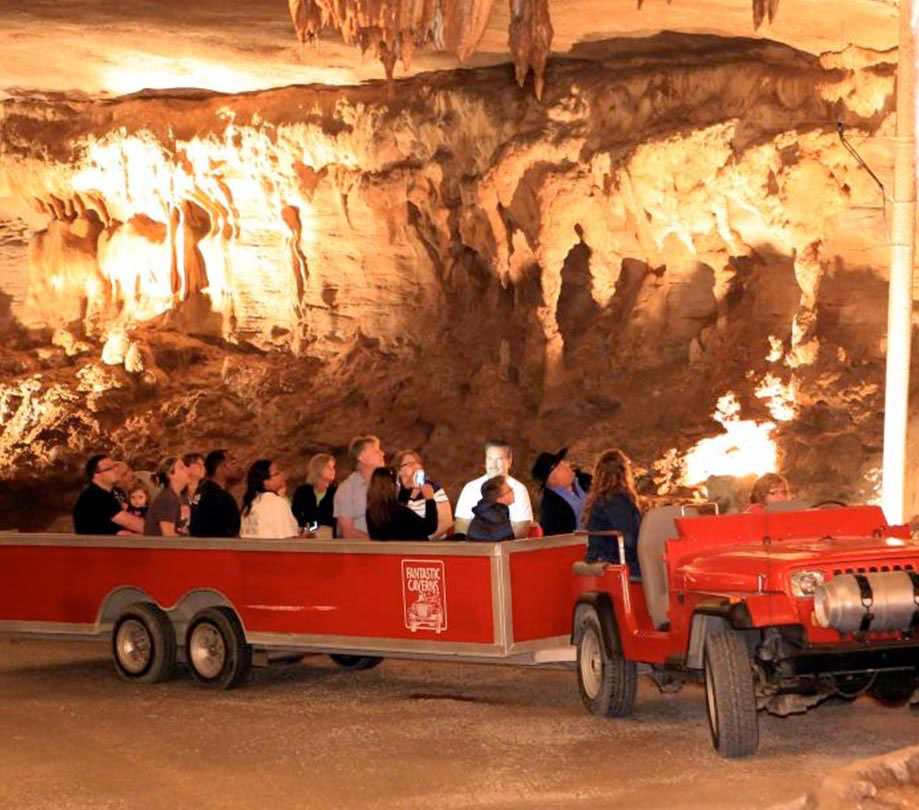 Today's riding tour tells a different story. Along the roomy, brightly lit passageways, visitors can see thousands of speleothems - cave formations that include stalactites and stalagmites, tiny soda straws, cave pearls, massive columns and flowstones, thin and delicate draperies and more. These distinctive formations, each one like no other and all created by water a drop at a time, take us back through the ages to a day when no human footsteps or rumbling propane-powered Jeeps were heard here.

While those early explorers had to be in good physical condition, modern visitors don’t have to worry about stamina. Since today’s tour is entirely by tram, with no walking required, families with small children, seniors and individuals with physcial limitations can all sit back and enjoy the ride. Temperatures inside the cave always hover around 60 degrees making it a wonderful adventure regardless of the season or weather.

The process that created southern Missouri’s caves - called a "cave factory" by one geologist - began a very long time ago. Cave formation has been going on in the Ozarks since seismic activity pushed the rocks up from a shallow sea that once covered the region. While it is difficult to tell the exact age of a cave, we know that Fantastic Caverns is sure to be thousands of years old.

The hilly topography and abundant limestone found in the Ozarks make it an ideal setting for cave creation. Just add water and the list of ingredients is complete. As the water percolates through the porous limestone, it chemically eats away at the rock, leaving the voids and cavities that grow into caves - some of which are quite extensive. Some Missouri cave systems are known to be more than 20 miles long. Visitors find Fantastic Caverns to be a spectacular showcase of our state's underground phenomenon - located right here in the heart of the Ozarks. 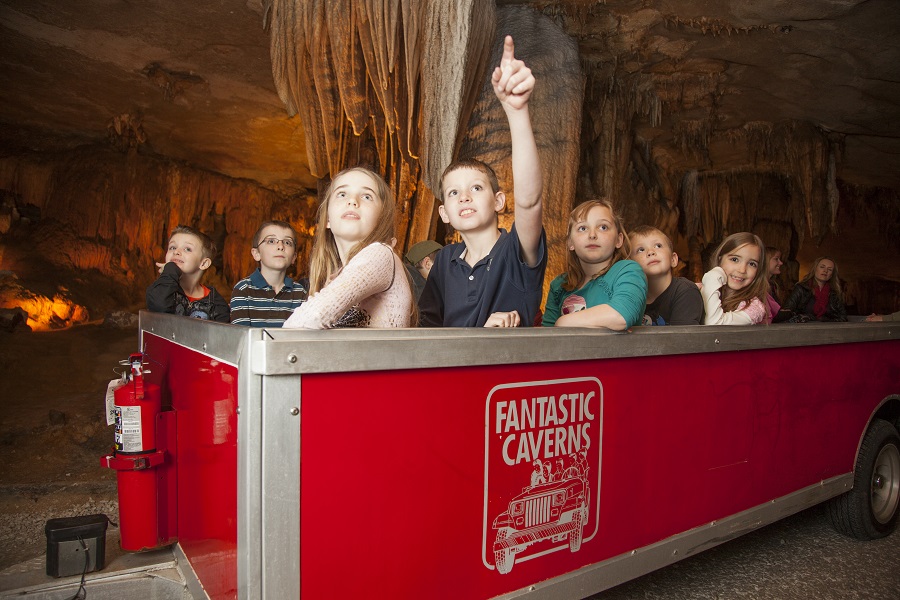 Protecting Caves in the Cave State.

Humans have never inhabited these caverns, however, a variety of animals do find a home here. The Grotto Salamander, the Bristly Cave Crayfish, blind Ozarks Cavefish - a reclusive little creature no longer than a finger - can all be found dwelling in the lower levels of Fantastic Caverns. Clean, unpolluted groundwater is vital to these animals and to the cave's overall health. That’s why water quality is carefully monitored. 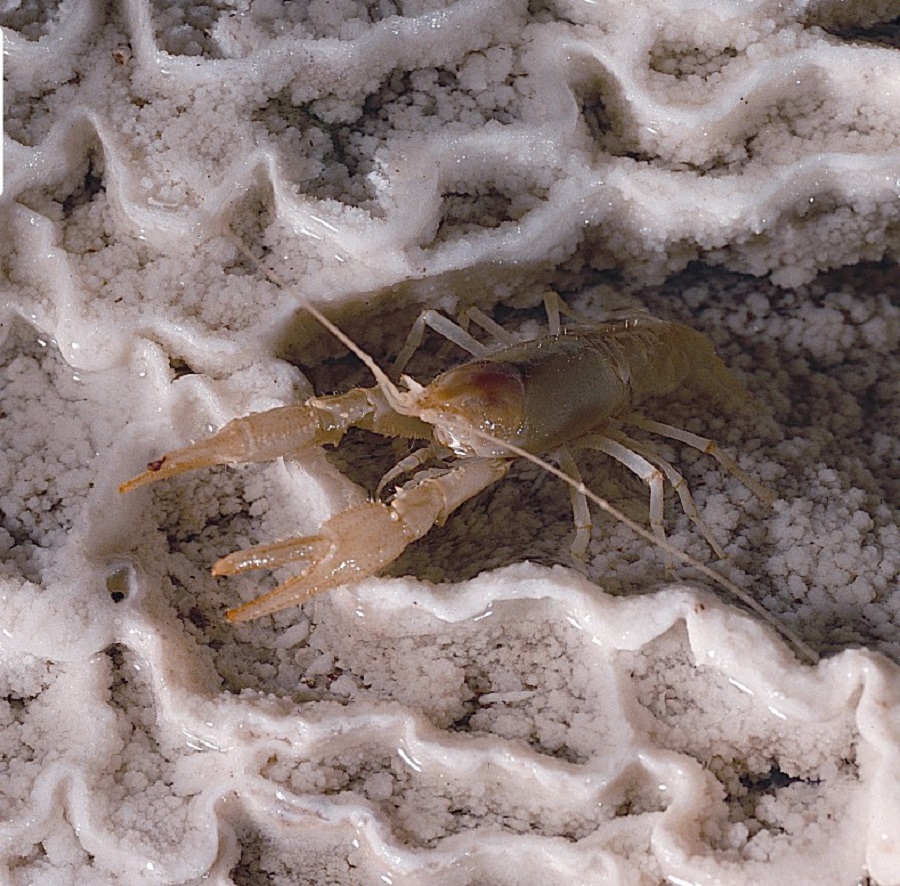 There's plenty of things to do in the Ozarks.

Fantastic Caverns is convenient to an assortment of destinations, including Bass Pro Shop, Wonders of Wildlife, and just a short drive from Branson, Missouri and its attractions, Fantastic Caverns offers visitors a leisurely side trip from 21st-century life into the distant past. 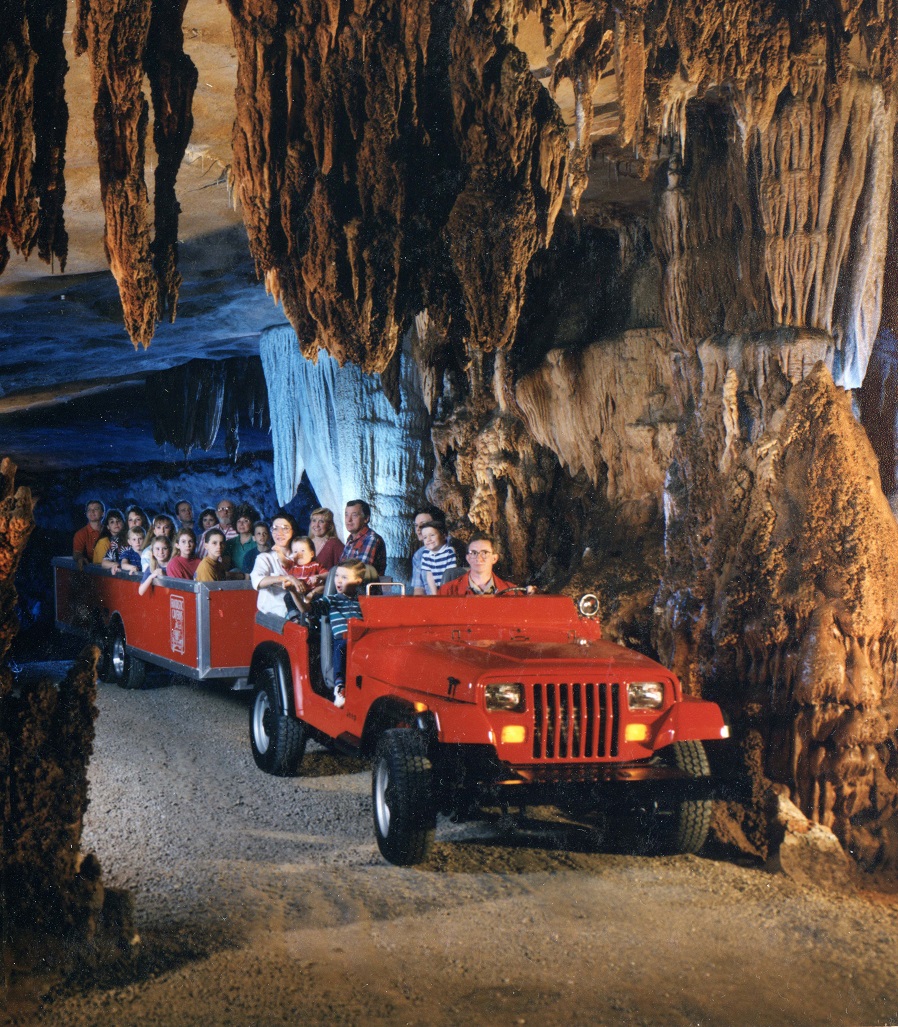